Note from the Director 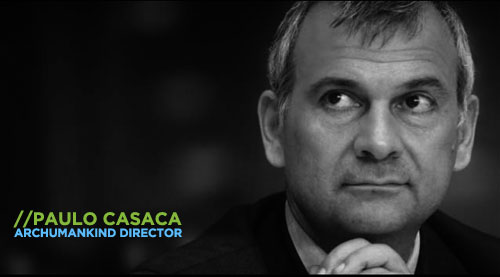 In North Korea the only possible form of demonstration is escape and flight from the country. In Venezuela, ever since the parliament was dismissed and demonstrations repressed, millions of people escaped hunger, death squads and torture into exile. This year was marked by the uprisings in Hong Kong and the largest revolt yet in the Iranian theocratic Empire’s history, which is mobilising millions of Iranians, Iraqis and Lebanese.

Democracies also experienced a year of revolt, notably in France and Chile – while Bolivia moved from the electoral fraud to a state of near civil war wherein the country’s very democratic system is at stake.

If in Chile one can hope for a Constituent Assembly that can restore a general consensus and respond to the deep malaise present among the population, in France the cleavage seems profound and, despite the tactical success of President Macron in June, the situation isn’t stable.

Having said that, one must be cautious with comparisons. The Islamic revolutionary guards responded to Iran’s and Iraq’s populations with blasting machine guns, helicopter shootings and specialized snipers – resulting in (at least) hundreds of fatalities, as well as in thousands of prisoners and victims of torture.

The Iranian theocracy conquered through extreme violence both the capitals and the vast territories of Syria and Yemen. Lebanon and Iraq have been placed under the control of local sections of the Islamic Revolutionary Guards which have voided the nominally democratic institutions of any actual content.

In Iran, as in the former Soviet Union, citizens are free to vote, as long as votes are cast in those candidates selected by the powers to be. The essentials of power belong to the nation’s spiritual guide who proclaims himself as God’s representative – and only by virtue of the powerful theocratic lobby in the West can anyone speak of ‘Islamic democracy’ when describing the regime.

The Iranian dictatorship, in addition to relying on supremacism and religious fascism, contains in its Constitution the ambition to dominate the world, an ambition amply confirmed by practice. It is this planetary ambition that transforms the country into something immeasurably more dangerous than any other contemporary dictatorship.

In this hour of revolt by the Iranian people, expressing deep solidarity in word and practice is the duty of any humanist.