The Modern Theocratic Challenge to Humanism

69th anniversary of the declaration of human rights: An Australian celebration

Paulo Casaca, Director of ARCHumankind, visited Australia from December the 3rd to December 11th. His stay comprised a three-day presence in Canberra, while the remaining days were spent in Sydney and Newcastle (New South Wales).

b) December 5, 2017 – Meeting with Senators invited by Senator John Williams.

Senator Williams, a senior National Party senator, chaired a meeting on Iran open to members of both houses. The following Senators were present at the meeting:

Paulo Casaca, accompanied by Mr Sadeghpour and Mr Murphy, met with Dr Anne Aly in her office to continue the dialogue which they had started during their encounter at the Human Rights Sub-Committee on the previous day.

The meeting between Paulo Casaca and Senator Bartlett, which was also attended by Mr Sadeghpour and Mr Murphy, was opened by a discussion about the most suitable approach to take towards Iran. 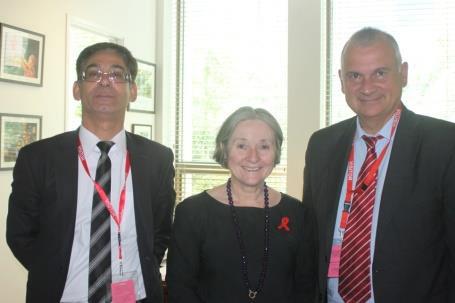 Paulo Casaca, together with Mr Sadeghpour and Mr Murphy, met with Senator Moore of the Labor Party in her office.

The meeting between Senator Rhiannon, Australian Greens, and Paulo Casaca, accompanied by Mr Sadeghpour and Mr Murphy, focused on the view inside the Green Party about the PMOI. The possibility of founding of a ‘Friends Group’ was likewise discussed. 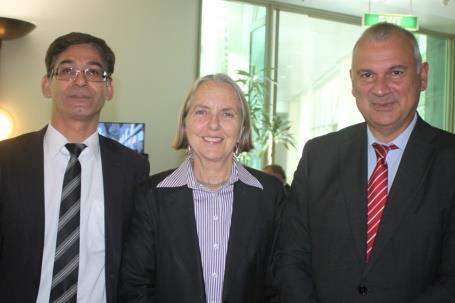 In the evening, Mr Casaca spoke to a congregation of about 60 Iranian community members who had gathered at the Edmund Rice Centre in Sydney; the panel of speakers comprised, besides Paulo Casaca, Dr Meredith Burgmann, Phil Glendenning and Peter Murphy.

Mr Casaca took part in a picnic organised by Iranian community members in the Sydney Olympic Park. A brief homage to the ‘Proclamation of Human Rights’ by Cyrus the Great was held near his statue in the park. 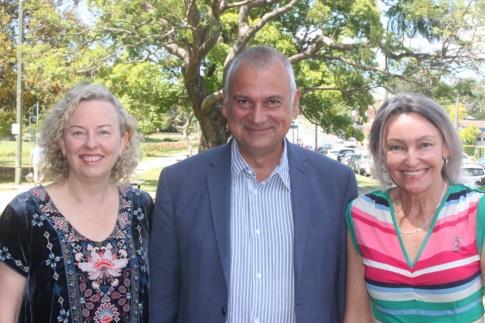 Paulo Casaca travelled, together with Mr Sadeghpour and Mr

Murphy, to Newcastle, where he met with Federal Labor MP

Sharon Claydon. The meeting was hosted by New South Wales

Paulo Casaca and Mr Murphy paid a visit to Mr Hamish McDonald, Summer Breakfast Presenter at the Australian public broadcaster ABC Radio, who interviewed Mr Casaca in the context of Australia’s upcoming seat on the United Nations Human Rights Council about his take on how to urge Iran to deal with human rights violations.

Concluding his journey, a farewell lunch was offered to Mr Casaca by Ms Shayesteh and Mr Mohammad Sadeghpour.