While Azerbaijan elections are an important step towards democracy, democracy will only exist when Azerbaijani society can produce credible contending political candidates. 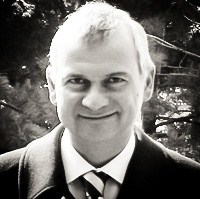 “You have never been in Azerbaijan before? This is like America!” says the taxi driver with an open smile bringing me from the airport.

By this, he means roads clogged with roaring gas guzzlers, sky scrapers on the horizon, large avenues and constructions, shining shopping malls filled up with flashy restaurants and stores.

The Airport and the Aliyev Avenue taking you to the city center are dominated by a local kitsch panache but the old town and most of the city center were carefully restored in their original style.

Some curvilinear high buildings denounce the intention of copying Dubai and most of the town was characterized by a local journalist to me as “Eclectica” that is modern standard buildings in large streets neighboring pot-holed narrower streets with derelict buildings crammed with satellite dishes.

America was also the comparing term used to express me the pride of the country on its women rights: whereas the US Constitutional Court declared gender discrimination unlawful in 1920, the short-lived Democratic Republic of Azerbaijan extended voting rights to women already in 1918.

I came to Azerbaijan as an international observer of the presidential elections, and I think there were virtually hundreds if not thousands of others. 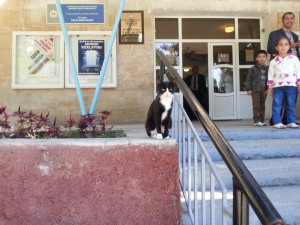 I scrutinized election procedures in 25 electoral polling stations and the vote counting in another, all of them selected at random. The rules guaranteed free and fair elections from all the international criteria point of view, and in many respects, they could constitute lessons in democratic examples for some of our own Western countries, such as the special bulletins for the visually impaired, the mobile facilities to obtain votes from the physically disabled or the voting practices in prisons.

In the vote counting procedure of the polling station I observed, the participation rate was 68% and the ruling favorite candidate obtained 90,2% of the vote. It was a completely transparent procedure observed and approved by all presents, including the observers of the loosing candidates.

In every place, I was free to observe everything I wanted and to address everyone. It is true that sometimes the observers from the main contender, Jamal Hasanli, protested because they were watching the elections from five to ten meters distance, whereas observers like me wandered freely around and putting their eyes on the papers if they wished.

In this basis, Hasanli later claimed massive vote rigging of the elections.

If we take in consideration that security forces were completely absent from the procedures – no police officer in less than 150 meters of the polling stations – and the strategy of promoting confusion from the contender, we can understand the rule, which is usual in elections anywhere.

The claims of massive rigging and ballot stuffing by the major contender are not credible and I think they were done because there was not the slightest chance of even a dignified defeat for him.

Needless to say, I do not consider it democratic to amend a constitution as was done by President Aliyev to allow him to run for the third time. Moreover, I think that whereas these elections constituted a very important step on the way to democracy, democracy will exist only when the Azerbaijani society will be able to produce credible contending political candidates, which was certainly not the case yet.

Still, I cannot accept the attitude of those who are negatively portraying the situation in Western media, for four major reasons.

The political platform of the loosing contender was the resentment against peace with Armenia, war rhetoric and the capitalization of the discontent of refugees from the war (estimated at 10% of the population).

The incumbent President practically did not make campaign and he just capitalized on his semi-monarchic statute and the enormous popularity of his father, among other things, exactly because he ended the war with Armenia. In this perspective I think that the very aggressive posture of the contender convinced many citizens to vote for Aliyev as a way to insure peace.

I believe to be absolutely irresponsible to jeopardize peace between Armenia and Azerbaijan in any way and, quite on the contrary, I think the international community should be working hard in building a political compromise that will allow a lasting peace between these two warring neighbors.

Since ARCHumankind was created in 2010, we consider women rights to be the crucial element on the struggle for democracy in the Muslim world. One of the rare Muslim countries with a purely secular constitution it is far more difficult to see a veiled woman in Baku than in a Western capital. As I can testify, women presided in most of the electoral committees and were also apparently the majority of the voters.

This is a fact of first importance, taking in consideration Azerbaijan is an overwhelming Shia Muslim country bordering Iran, country where most of ethnic Azeri are actually living.

With hundreds of newspapers, web press chains and televisions, one million regional users of Facebook, satellite dishes connecting you to various international chains, investments in broadband disseminated through the country and a massive access to internet it is simply impossible to believe in the image of the country as a totalitarian nightmare.

The fact that legal existing press agencies in Azerbaijan openly made the most outlandish claims on the elections, such as Aliyev declaring himself winner before elections or an immense array of vote rigging practices that simply did not happen proves that press is not state controlled in the country.

It is quite unbelievable that the very same Western press that duly applauded the victory of a fake-moderate President in Iran, in elections with no free and independent observation and censoring the denunciation of massive fraud by democratic opposition, decided to reproduce denunciations of vote rigging by the Azerbaijan opposition that are not creditworthy without asking the opinion of existing international observers.

Azerbaijan is for the time being an island of peace, prosperity, ethnic and religious tolerance in a very cloudy neighborhood. Iran is very annoyed to have at its borders a country where women and satellite dishes are free. For the theocracy, even worse is the fact this country is sharing the same religion and the language and ethnic identity of the biggest Iranian ethnic group.

Russia has been unhappy with a country that built a gas supply alternative to Europe and that refuses to follow its diktats. Turkish Prime Minister Recep Tayyip Erdogan is suspicious of the secular nature of Azerbaijan that might be a bad example for his Islamist policy, in spite of the Turkish-Azerbaijani alliance against Armenia.

The restless and fanatic plagued region of the Caucasus could only benefit by following the example of a wealthy, secular and democratic Azerbaijan.

All of these reasons advise the international community to co-operate with the country in the process of democratization, clearly rejecting to stand for warmongers or in any operation of destabilization promoted by undemocratic neighbors.

Paulo Casaca is Executive Director of Alliance to Renew Co-operation among Humankind. Read other articles by Paulo.