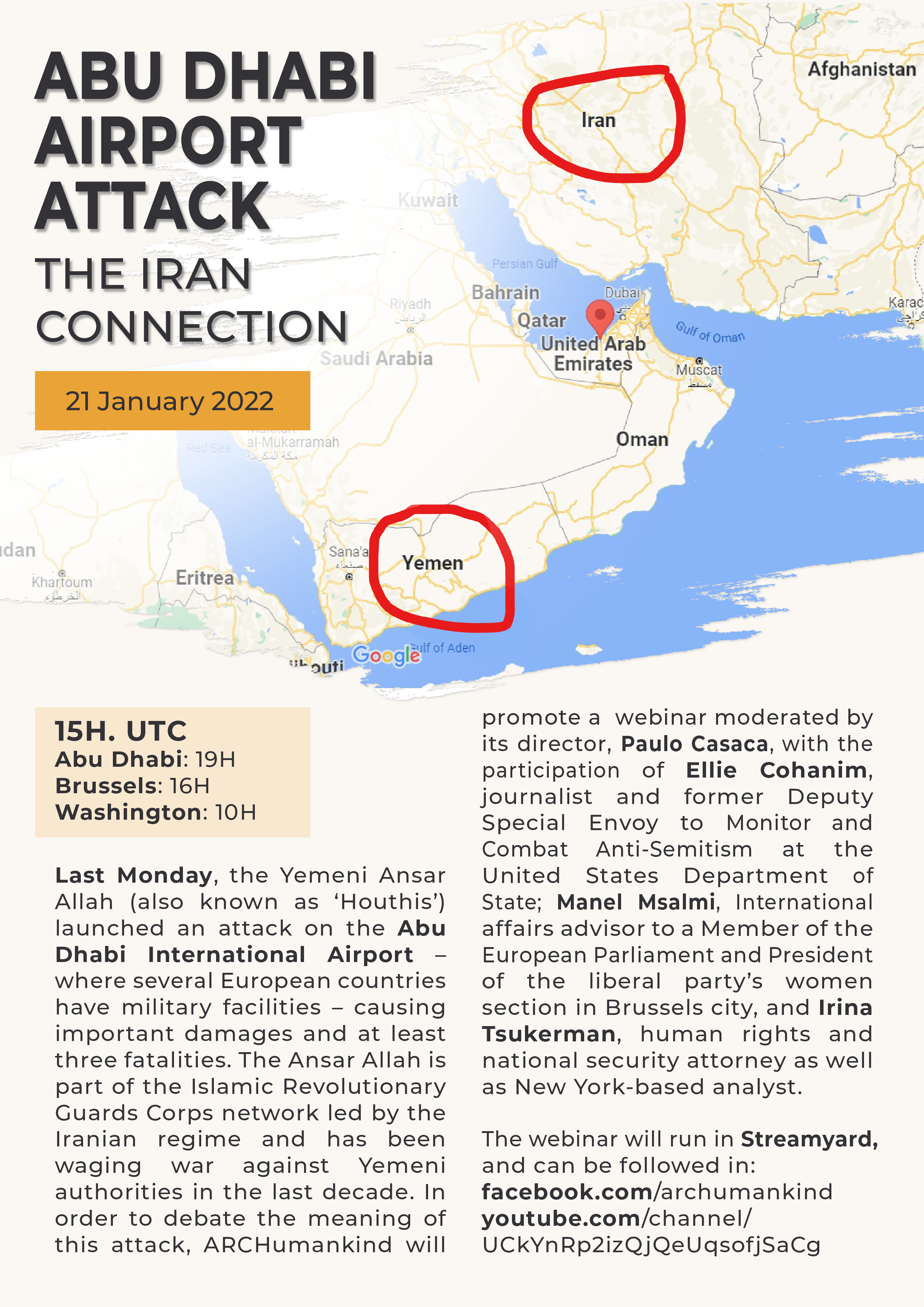 Last Monday, the Yemeni Ansar Allah (also known as ‘Houthis’) launched an attack on the Abu Dhabi International Airport – where several European countries have military facilities – causing important damages and at least three fatalities. The Ansar Allah is part of the Islamic Revolutionary Guards Corps network led by the Iranian regime and has been waging war against Yemeni authorities in the last decade. In order to debate the meaning of this attack, ARCHumankind will promote a webinar moderated by its director, Paulo Casaca, with the participation of Ellie Cohanim, journalist and former Deputy Special Envoy to Monitor and Combat Anti-Semitism at the United States Department of State; Manel Msalmi, International affairs advisor to a Member of the European Parliament and President of the liberal party’s women section in Brussels city, and Irina Tsukerman, human rights and national security attorney as well as New York-based analyst.

The webinar will run in Streamyard, and can be followed in https://www.facebook.com/archumankind/ and https://www.youtube.com/channel/UCkYnRp2izQjQeUqsofjSaCg